Game Ready is ready for you at BackBasics. Game ready was introduced to me while treating and traveling with the San Francisco 49ers. Game Ready is definitely more comfortable then standing in some Ice Chamber in subzero temperature. Extremity injuries such as ankle, knee and shoulder can be difficult to ice due to the bony articulations of the joint. Game Ready allows the operator to dial in the exact temperature and pick the desired level of compression. This system allows for a decrease in swelling and promotes faster healing time. This is just one of our sports medicine modalities that will help you get BACK to your GAME! How do doctors get paid?

The owner now realizes that, although the dinner originally cost $75 to make, only $25 has been paid. The remaining $30 billed to the patron is now in its third mailing, with the first two requests for payment going unanswered by the patron. The restaurant owner realizes a collection agency must be employed in order to have any hope of receiving any portion of payment from the patron.
Each meal served now costs at least an additional $20 due to the added overhead of the billing company, coding books, and the collection agency. These added expenses have nothing to do with cooking food or providing any direct service to the restaurant’s customers.
Service to the restaurant’s patrons has been compromised with these changes as well. The owner has now over-extended the waiter, who was an excellent waiter, but is now taking on the roles of host, phone answering and table bussing.
In order to even meet the costs of providing fine dining, the restaurant owner now must seat twice as many patrons in the same amount of time.
What was once an outstanding business that focused on fine dining and customer service has now been turned into a business in the business of trying to get paid.

Alas, I wish this were a fictional tale, but it is not. The only fictional portion is that this is not your favorite restaurant, but your favorite doctor’s office, which is responsible not for meeting your dining needs, but those of your health.

This story will explain the problem. Just view this ://idealmedicalpractices.typepad.com/ideal_medical_practices/2009/02/health-insurance-for-all-is-great-but-not-enough-to-solve-the-problem.html

I can remember my first patient in clinic many years ago. I tried to explain everything I knew about the spine and their injury. The patient looked at me like a deer caught in the headlights. I could tell they were listening but I was unaware that I was just spewing out all these fancy medical terms that had been crammed down my throat in chiropractic school. It took me a few “headlights” to learn how to bring my education to the patient in a manner that they could understand. In someways this took more skill to master than learning all those fancy medical terms.

When discussing the spine I have found that it is important to break down the pain generator components. Most patients associate pain as their problem. It can be difficult to explain that pain is not the problem, but a symptom of the problem. Confused? Well, you would not be the only one. Understanding spinal injuries takes a complete view of the musculature and neurological systems.  It is possible to break the complexity of the these systems into three pain generators.

The first pain generator can relate to the facet joint. This pain generator is generally lower on the pain scale. There are orthopedic test to ascertain the presents of irritation of this joint. I say “generally” lower pain but I have seen these joints become very painful with some high impact football injuries and auto injuries.

The second pain generator may be due to an annular disc injury. These injuries can be deceptive with pain going down the back of the legs and arms. Many patients may not even present with lower back pain but they have significant leg pain. Now try to convince the patient they have a back problem when they are coming in with zero back pain. This is what exemplifies the meaning of pain is the symptom and not source of the problem.

The third pain generator may relate to the spinal nerve that exits at the disc level. This nerve may become irritated from the inflammation caused by a disc injury or may become impinged by the disc or a degenerative process. Orthopedic test can determine what type of impingement the patient is dealing with.

Although I still continued to use these dreaded medical terms….we can break in down into three simple terms

If you are continuing to suffer from reoccurring lower back or neck pain, come in an see how to take control of your symptoms. My clinical treatments are based on rehabilitation and not just a “pop” and out the door you go. Come see what you are missing. 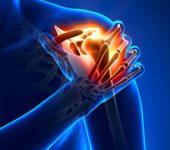 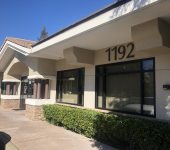 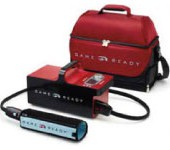 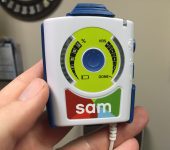 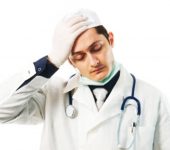 Avoid these pitfalls with thisFree Report!